Posted at 17:04h in Insights by Paula Ronan
4 Likes
Share 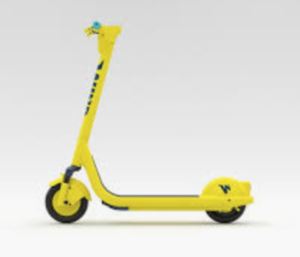 It appears we are faced with an e-chicken and egg dilemma until Government decides (when we have a new Government) if they will progress the Fianna Fail sponsored Road Traffic (Amendment) (Use of Electric Scooters) Bill 2019 in which case, the Personal Liability extension of most household policies will cover the PL risk of accidental injury to others or damage to Third Party property in the course of using an e-scooter in a public place.

At present, the standard household insurance policy excludes any liability which is compulsorily insurable under any Road Traffic Acts or amending statutes. Unlike the family pet straying out in front of a car and causing an accident or a cyclist running down a pedestrian on the roadway or pavement, what is clear that pending a change in the RTA, e-scooters are not insured under Personal Liability cover extensions in most, if not all, standard household insurance policies and therefore action is needed to rectify this anomaly.

As matters stand, there is nothing to prevent an innocent victim taking a legal action against an e-scooter defendant for causing personal injury or damage to their property. Until the legislation has been amended, users are required to have basic RTA insurance cover in place and this is a good thing as it protects the innocent victim where the e-scooter user is impecunious or has no financial means (a man of straw) to meet an award of damages.

It also offers protection and peace of mind to the e-scooter community and if Local Authorities or City Councils decide to provide e-scooters for temporary hire then part of the hire costs should include a modest sum to provide basic public / personal liability insurance cover.

E-scooters are here to stay but let’s make sure users are properly insured for all our sakes and this is the responsible thing to do.

This Bill seeks to amend the definition of a “mechanically propelled vehicle” in the Road Traffic Act 1961, thereby removing the need for tax and insurance in the case of e-scooters. It also seeks to amend the Road Safety Authority Act 2006 to give the RSA the ability to advise on the safest and best regulations we can use.

First cases of riding e-scooters without insurance brought to court

The two cases are understood to be among of the first such cases to come before the court involving allegations arising from the legal requirements for people using popular forms of electric transport.

A report commissioned by the Government on how electric scooters could be regulated and safely used on Irish roads has pointed to widespread lack of regulations and enforcement.

The report, commissioned by the Road Safety Authority, recommended “powered transporters” such as e-scooters and Segways should be permitted under certain regulations.

Following this report Minister for Transport Shane Ross started a two-month consultation period, which ends at the start of November, after which he will consider if the laws around e-scooter use need to be changed.

Fianna Fáil is seeking to introduce a law that would mean some electric scooters and other such vehicles would not require a licence or insurance, but that helmets would be compulsory, that there would be a speed limit of 25km/h and that it would be an offence to interfere with speed-limiting software on the vehicles.

Earlier this month the Dáil voted to delay by three months the introduction of the legislation so that consultation could be completed.